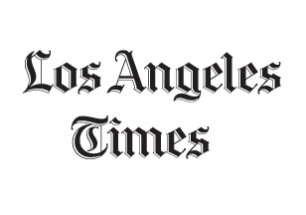 About two dozen flying machines, along with exhibits on the Southland’s aviation and aerospace industry, are featured in the third iteration of the museum, founded in 1974.

After a nearly decade-long hiatus, the Museum of Flying has once again spread its wings at Santa Monica Airport.

Under blue skies, a new 22,000-square-foot facility opened its doors Saturday to hundreds of aviation enthusiasts who stood in line for a chance to check out about two dozen flying machines on display.

Guests ranged from babies in backpacks to retired aviation and aerospace workers such as Richard Schneidmiller, 82, who analyzed failed aircraft parts at the airport for two years after World War II.

Griffin Gamble, 10, of Brentwood was among the first to man the controls of a Boeing 727, donated by FedEx, that juts straight out of the museum’s corrugated metal wall on Airport Avenue.

“It’s really cool, with so many buttons,” said Griffin, who wore a NASA T-shirt from Florida’s Kennedy Space Center, where he witnessed the final launch of the Discovery space shuttle a year ago.

The planes on display ran the gamut, from replicas of a Wright Flyer and a Lockheed Vega (the type of plane flown by Amelia Earhart and Wiley Post) to a single-seat microjet featured in the opening scenes of the James Bond movie “Octopussy.”

On its ground floor and mezzanine, the museum features artwork and displays about Douglas Aircraft Co., founded by aviation pioneer Donald W. Douglas, and other Southland companies that helped propel the region’s once-robust aviation and aerospace industry.

Out front stood the DC-3 that for years was Douglas’ personal plane. It was the last one built, said museum Chairman David Price, and its passengers included President Eisenhower, actor William Holden and crooner Bing Crosby.

Santa Monica Airport was established in 1917. After the city of Santa Monica acquired the property in 1926, it became the home of Douglas Aircraft, which at its peak had 44,000 employees. The site was the birthplace of the Douglas World Cruiser, the first aircraft to circumnavigate the globe.

In the early 1930s, the airport saw the first flights of the famed DC-3 planes that introduced average Americans to commercial air travel. During World War II, the facility played a key role in the production of military aircraft.

“Few people remember how it all started,” said Robert Trimborn, Santa Monica Airport’s director. “This museum will help ground people back to the roots of this incredible industry.”

The museum mezzanine features a 30-seat theater, a replica of the Douglas Aircraft executive boardroom and Donald Douglas’ desk and drafting table.

This is the museum’s third iteration. It originally was founded in 1974 at the airport’s southern end and then reopened on the north side in 1989 with a collection of more than four dozen vintage planes. Facing economic pressures and a decline in visitors, the museum closed in July 2002 and stored or donated its aircraft.

Through donations, the museum has raised about $2.5 million of the $5 million needed to pay for construction and to establish an endowment. Museum officials plan to meet in April with their counterparts at the National Air and Space Museum in Washington, which has offered to lend artifacts for display.

“We want to be a place that recognizes those achievements,” said Daniel J. Ryan, the museum’s managing director.

For Schneidmiller’s wife, Dorothy Bellina, 83, of Venice, the opening felt like having an old friend back. She is part of a group of 15 former museum volunteers who have become friends. They call themselves the “grounded eagles.”

The museum, a nonprofit organization, is at 3100 Airport Ave. Regular hours are 10 a.m. to 5 p.m. Fridays through Sundays. Admission is $10 for adults, $8 for senior citizens and $6 for children ages 6 to 12. In April, the museum expects to begin taking reservations for school tours. For information, visit the museum website.