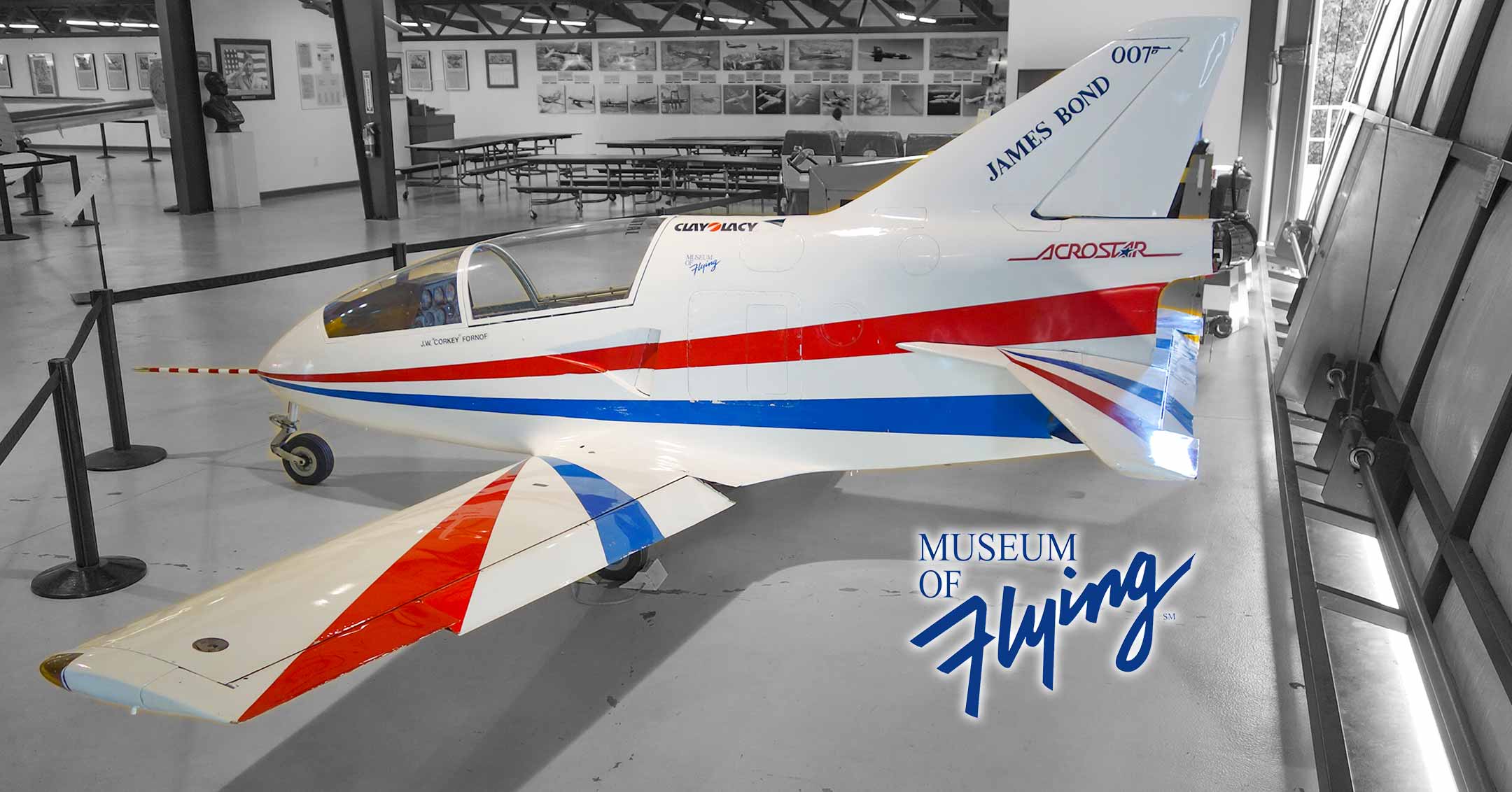 The BD-5 Micro is a series of small, single-seat home-built aircraft created in the late 1960s by US aircraft designer Jim Bede and introduced to the market primarily in “kit” form by the now-defunct Bede Aircraft Corporation in the early 1970s. It was featured in the 1983 James Bond movie ‘Octopussy‘.

The BD-5 has a small, streamlined fuselage holding its semi-reclined pilot under a large canopy, with the engine installed in a compartment in the middle of the fuselage, and a propeller or jet engine in the BD-5J variant, mounted immediately to the rear of the cockpit. The combination of fighter-like looks and relatively low cost led to the BD-5 selling over 5,000 kits or plans, with approximately 12,000 orders being taken for a proposed factory-built FAA certified version. However, few of the kit versions were actually completed due to the company’s bankruptcy in the mid-1970s, and none of the factory built “D” models produced, brought on by the failure to deliver a reliable engine for the design. 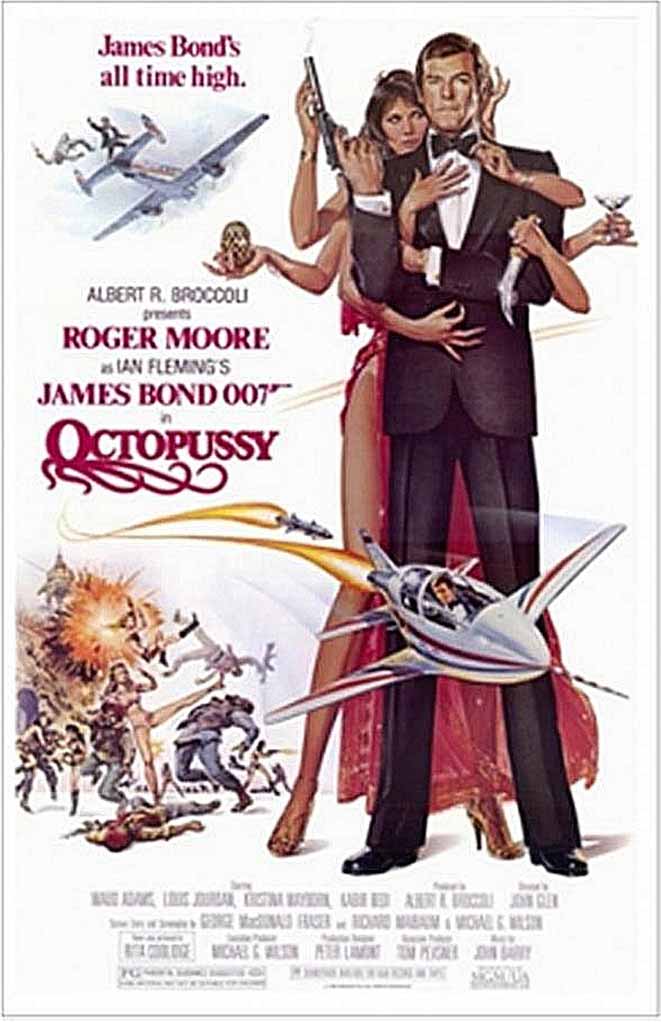 In total, only a few hundred BD-5 kits were completed, although many of these are still being flown today. The BD-5J version holds the record for the world’s lightest single-engine jet aircraft, weighing only 358.8 lb (162.7 kg).

While the new Hirth engine was being tested, Bede decided to create an unconventional variant of the BD-5 with a small jet engine. The result was the sleek BD-5J, a 300 mph (480 km/h) aircraft. The design used the Sermel TRS-18-046 turbojet (now Microturbo, a division of Turbomeca), which produced 225 lbs of thrust and was used on a Caproni certified motorglider design. The original engines were produced under license by Ames Industrial in the USA. The wing was modified to an “intermediate” size between the original A and B wings, with a 17 ft span.

It was pilot John William “Corkey” Fornof, who discovered the BD-5, and recommended to Bond producer Cubby Broccoli that a pre-titles sequence be staged to involve the microjet. Corkey built and tweaked the jet for use in the film and as such inventor Jim Bede went uncredited. However, despite the craft having its name missing from the credits Bede gained a boost in interest when 007 piloted the light and nimble craft in the 1983 film. 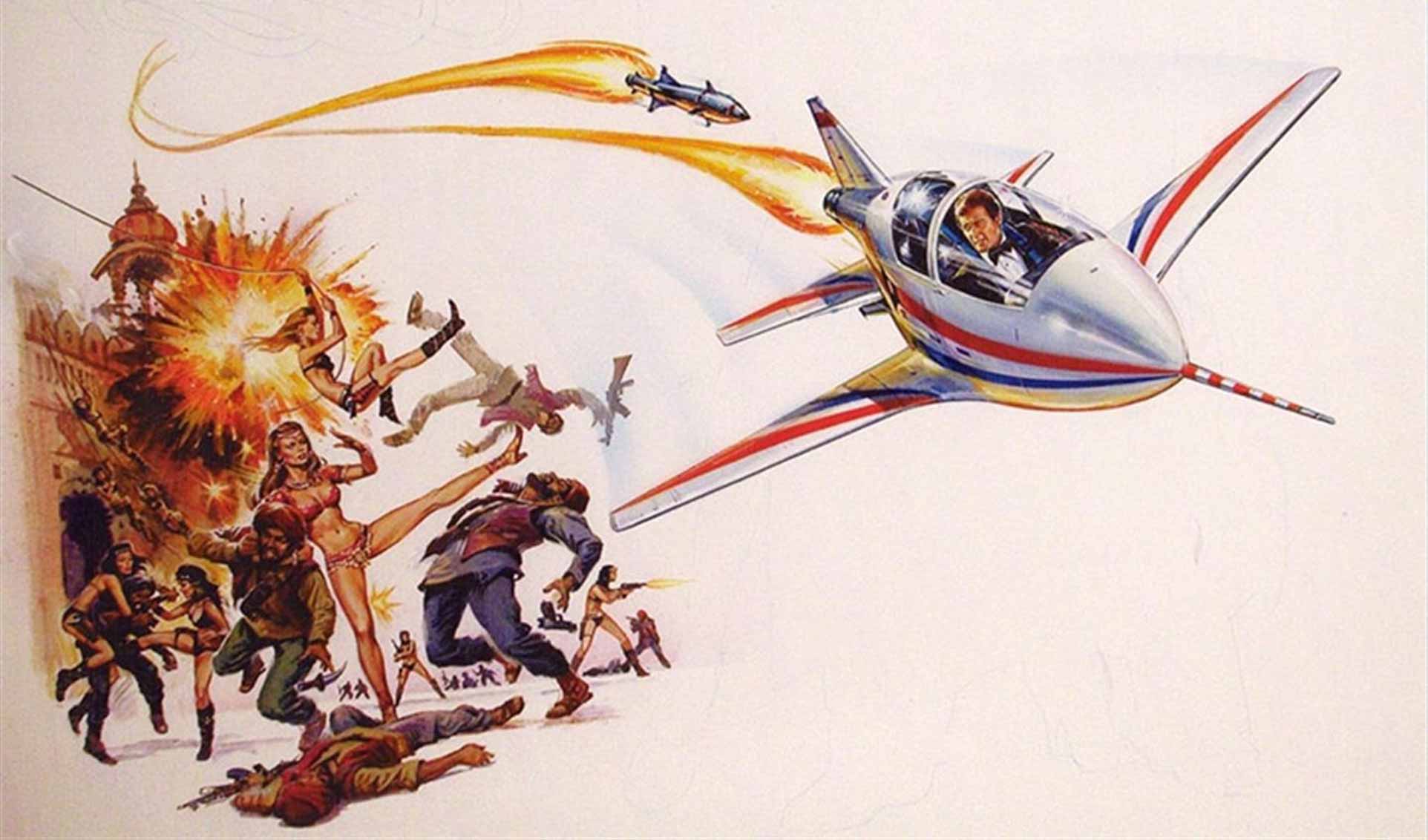