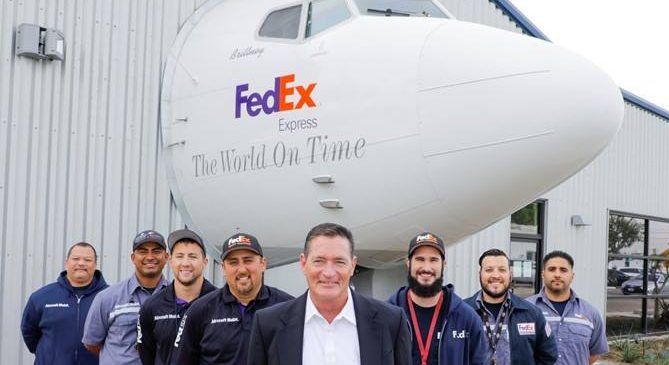 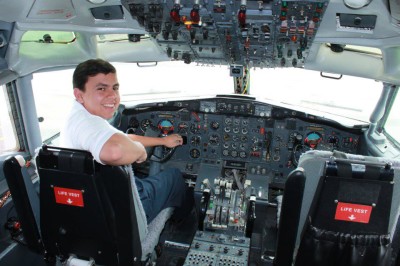 The Boeing 727 is a mid-size, narrow-body three-engine jet airliner built by Boeing. Intended for short-haul routes with fewer passengers, the 727 is capable of operating out of shorter length runways and smaller airports. Its trijet design features three Pratt & Whitney JT8D engines at the rear section of the aircraft, along with a T-tail. Independence from ground facilities was an important requirement in smaller cities, leading to one of the 727’s most distinctive features: the built-in airstair that opens from the rear underbelly of the fuselage.

The original 727-100 completed its maiden flight in 1963. For over a decade, more 727s were built per year than any other jet airliner. When production ended in 1984, a total of 1,832 aircraft had been produced. The 727 proved to be such a reliable and versatile airliner that it came to form the core of many start-up airlines’ fleets.

This nose section of the 727 was donated to the Museum of Flying after retirement by the Federal Express fleet. It underwent a complete restoration courtesy of FedEx in fall of 2018.