Warning: count(): Parameter must be an array or an object that implements Countable in /home/customer/www/museumofflying.org/public_html/wp-content/themes/museumwp/template-parts/format-gallery.php on line 3 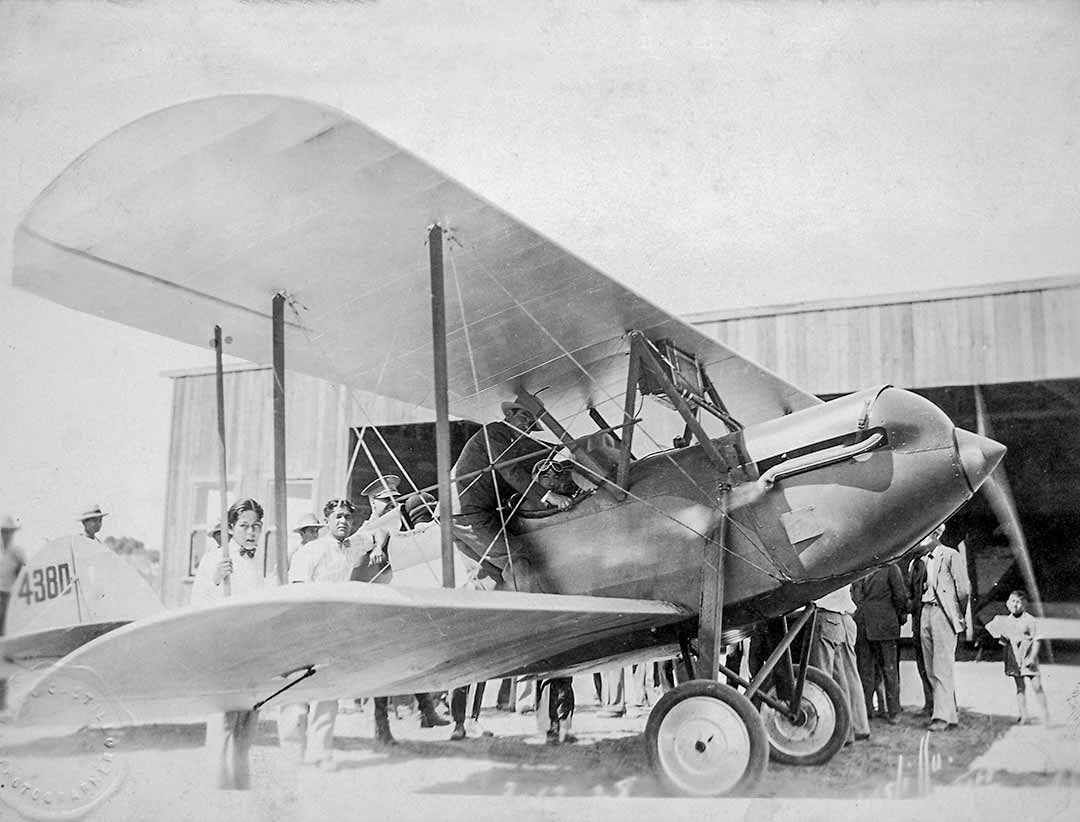 The Waco 10 was a single-engined three-seat single-bay biplane constructed around steel-tube frames. The wing covering was fabric, and both upper and lower planes carried ailerons, which were strut linked. The two passengers sat side by side in a cockpit under the upper wing and ahead of the pilot, who had a separate cockpit. It had a split-axle fixed undercarriage and a tailwheel. The main undercarriage was fitted with hydraulic shock absorbers, unusual at the time on a light aircraft. The fin could be trimmed on the ground to offset engine torque, and the tailplane could be trimmed in flight.

Its first flight was in 1927. At least 1,623 built over a period of 7 years from 1927 to 1933. It was widely used for barnstorming and joyrides, and was also much used as a trainer and by small operators for charter flights.

This aircraft, built in 1927, features a Wright Curtiss OX-5 engine and was donated to the Museum of Flying by Tom Copeland of Camarillo, California. 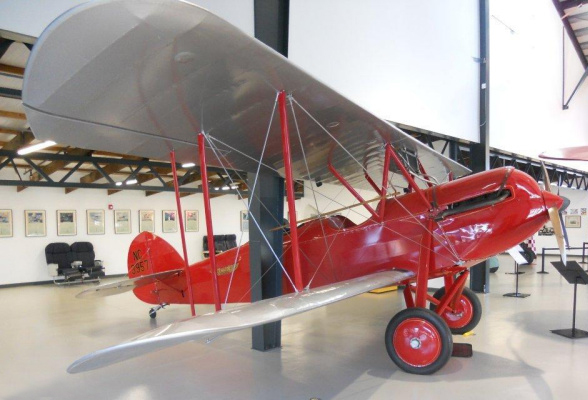