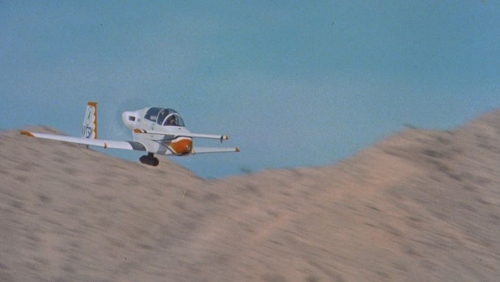 The Rutan VariViggen is an airplane designed by Burt Rutan. He named it after the Swedish fighter plane, the Saab 37 Viggen, which had partially inspired his design. The aircraft is a two-seat (tandem arrangement), wood and fiberglass canard utilizing a 150 hp Lycoming O-320 piston engine in pusher configuration. The prototype was designated Model 27, and the production version was Model 32.

Rutan became interested in aircraft which resisted stalls and spins, and the VariViggen was his first full scale design. He began working with the design as a student at Cal Poly in the early 1960s, and started building the prototype in his garage in 1968. After four years of work, the aircraft made its first flight in April, 1972. The Model 32, also known as the VariViggen SP, utilized a slightly longer fuselage, larger span and winglets in order to increase efficiency. Rutan also began work on an all-aluminum variant, the MiniViggen, but later abandoned the project and focused his efforts on the VariEze.

The Rutan Aircraft Factory sold over 600 plan sets for the VariViggen to homebuilders, and eventually about 20 of the aircraft were built. Following the crash of one in New Brunswick, Canada in September 2006 due to wing tank fuel contamination, fewer than five are currently still flying. The prototype aircraft, N27VV, was donated to the EAA AirVenture Museum in 1988.