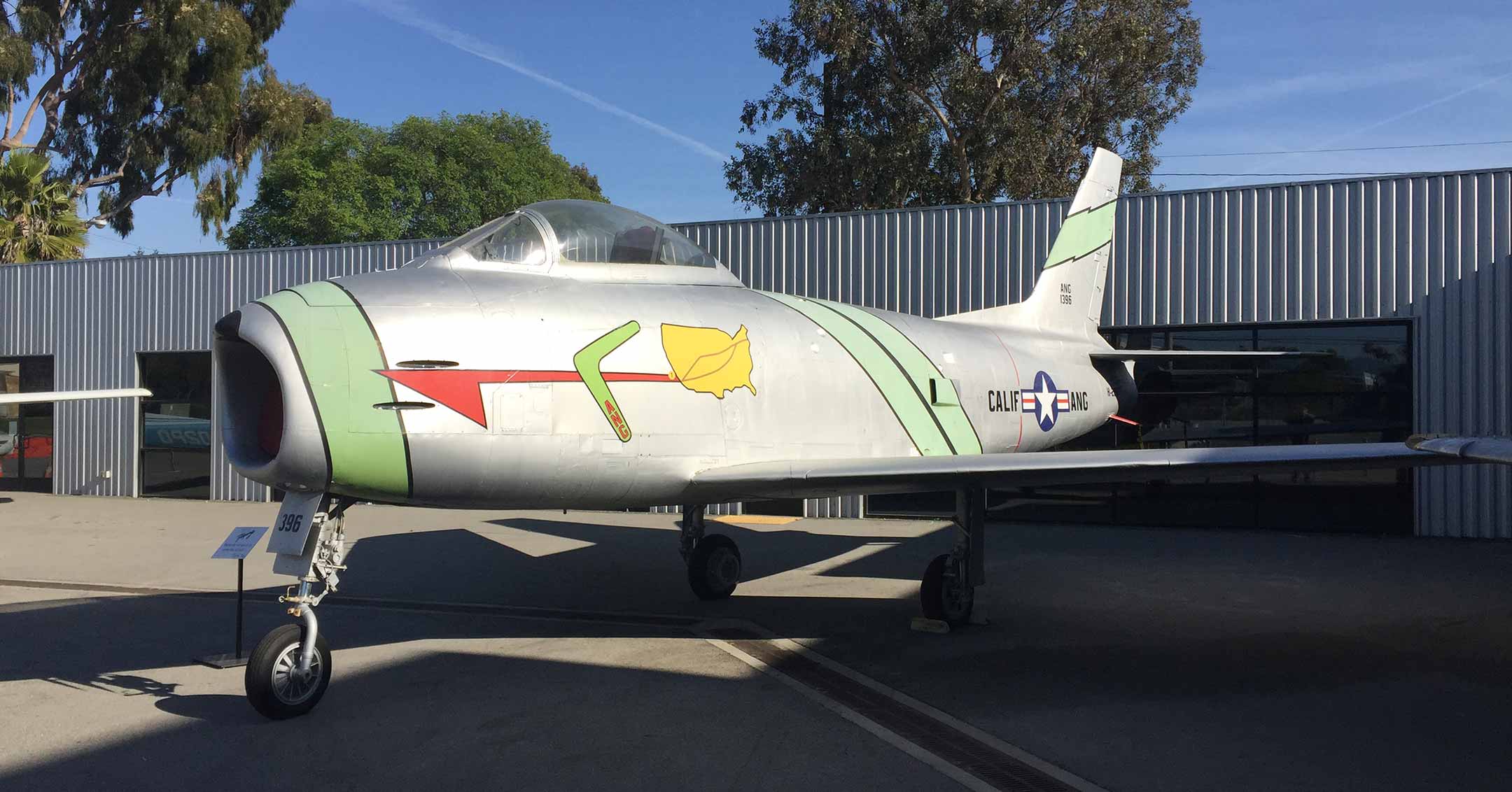 The North American F-86 Sabre (sometimes called the Sabrejet) was a transonic jet fighter aircraft. The Sabre is best known as America’s first swept wing fighter which could counter the similarly-winged Soviet MiG-15 in high speed dogfights. The F-86 was produced as both a fighter-interceptor and fighter-bomber. Although developed in the late 1940s and outdated by the end of the 1950s, the Sabre proved versatile and adaptable, and continued as a front-line fighter in numerous air forces.

The F-86 Sabre was the first American aircraft to take advantage of flight research data seized from the German aerodynamicists at the end of the war. Use of a swept wing would solve their speed problem, while a slat on the wing’s leading edge which extended at low speeds would enhance low-speed stability. Its success led to an extended production run of more than 7,800 aircraft between 1949 and 1956, by far the most-produced Western jet fighter.

The Museum’s model is an F-86H that has undergone restoration and finished with a California Air National Guard livery. It’s particular markings are meant to depict ‘Operation California Boomerang’, when a Sabrejet was used to make a flight on May 21, 1955 from Van Nuys Airport to New York and back in record setting time.  It is on loan from the National Museum of Naval Aviation.