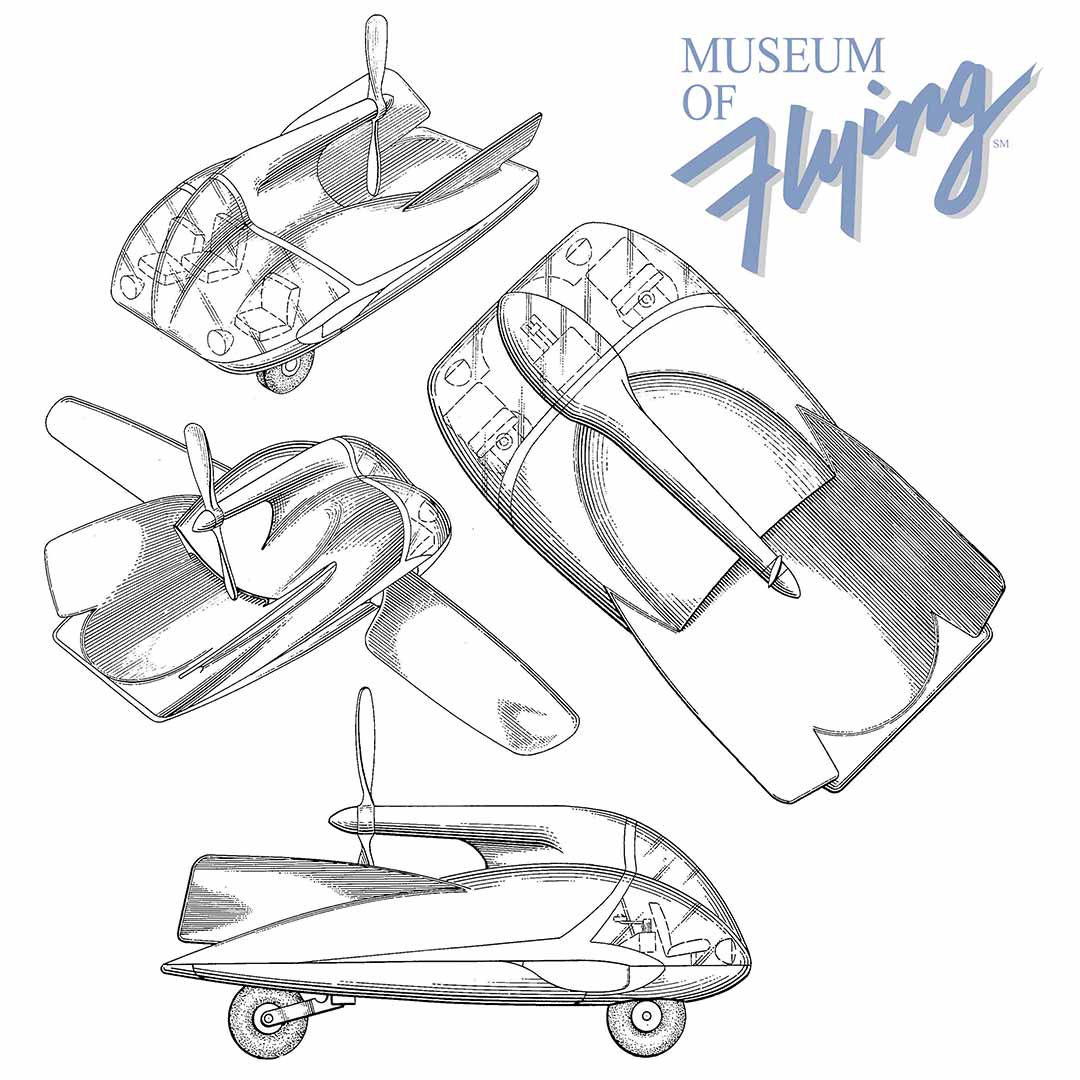 Herbert L. Trautmann was an inventor and aviation enthusiast who was employed by the Douglas Aircraft Company along with some of his family members. He designed and built a one-of-a-kind aircraft called the RoadAir in 1959 right here in Southern California. He received the patent on the aircraft in 1959 with the designation of a combination automobile and aircraft otherwise known today as essentially a “flying car”.

The Board of Directors of the Museum of Flying is pleased to announce the loan of the RoadAir to the Museum by the entire Trautmann family. It is scheduled to be shipped to the Museum from Florida in February, 2015. We would appreciate any support in the way of contribution to cover the cost of its transport and relocation. Contributions can be made specifically dedicated to this project by clicking the ‘Donate’ button below.