Museum of Flying > About Us

In the late 1980’s a discussion began between Donald Douglas Jr. and a local entrepreneur, David G. Price. It was agreed that a new building would be constructed on the north side of the Santa Monica Airport as the future location of the renamed Museum of Flying. The new Museum opened in 1989 with the original collection and the compliment of many vintage aircraft with an emphasis on World War II fighter aircraft. 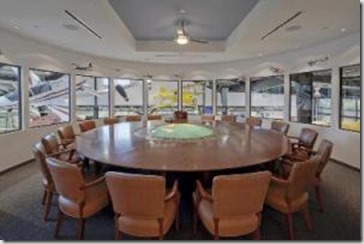 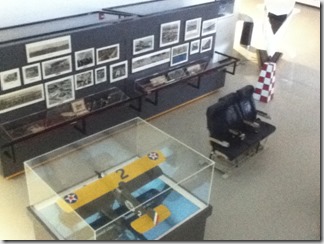 Over the years the Museum was host to a number of special events that included annual gala events honoring the aviation and aerospace leaders, famous test pilots, and the original Mercury, Gemini, and Apollo astronauts.  Other memorable events held at the Museum included a tribute to the Tuskegee Airman, a Mustang Wing’s and Wheels event, and a 60th anniversary celebration of the Battle of Britain.

In late 2002, the Museum was temporarily closed due to economic hardship.  A search began for a suitable new location in a smaller building.  Several potential locations and scenarios were entertained by the Museum’s Board of Directors over the next few years.  Eventually in 2008, a new location was established on the south side of the Santa Monica Airport just a half a block away from the original location.  In addition to the new Museum project moving forward, a plan was finalized for the long discussed concept of building a monument to the iconic Douglas DC-3 aircraft.  Construction on the DC-3 Monument began in late 2008 and was completed and dedicated on the same day that the Museum signed a lease with the City of Santa Monica on March 21, 2009.

Construction began on the new Museum in early 2010 and the Museum celebrated its grand opening to the public in the new building on February 25, 2012.  The Museum collection consists of the many original artifacts related to the Douglas Aircraft Company, a variety of exhibits, aviation art, and features an array of aircraft from a Wright Flyer replica to aircraft of the jet age.